Ben to run half marathon in his garage! 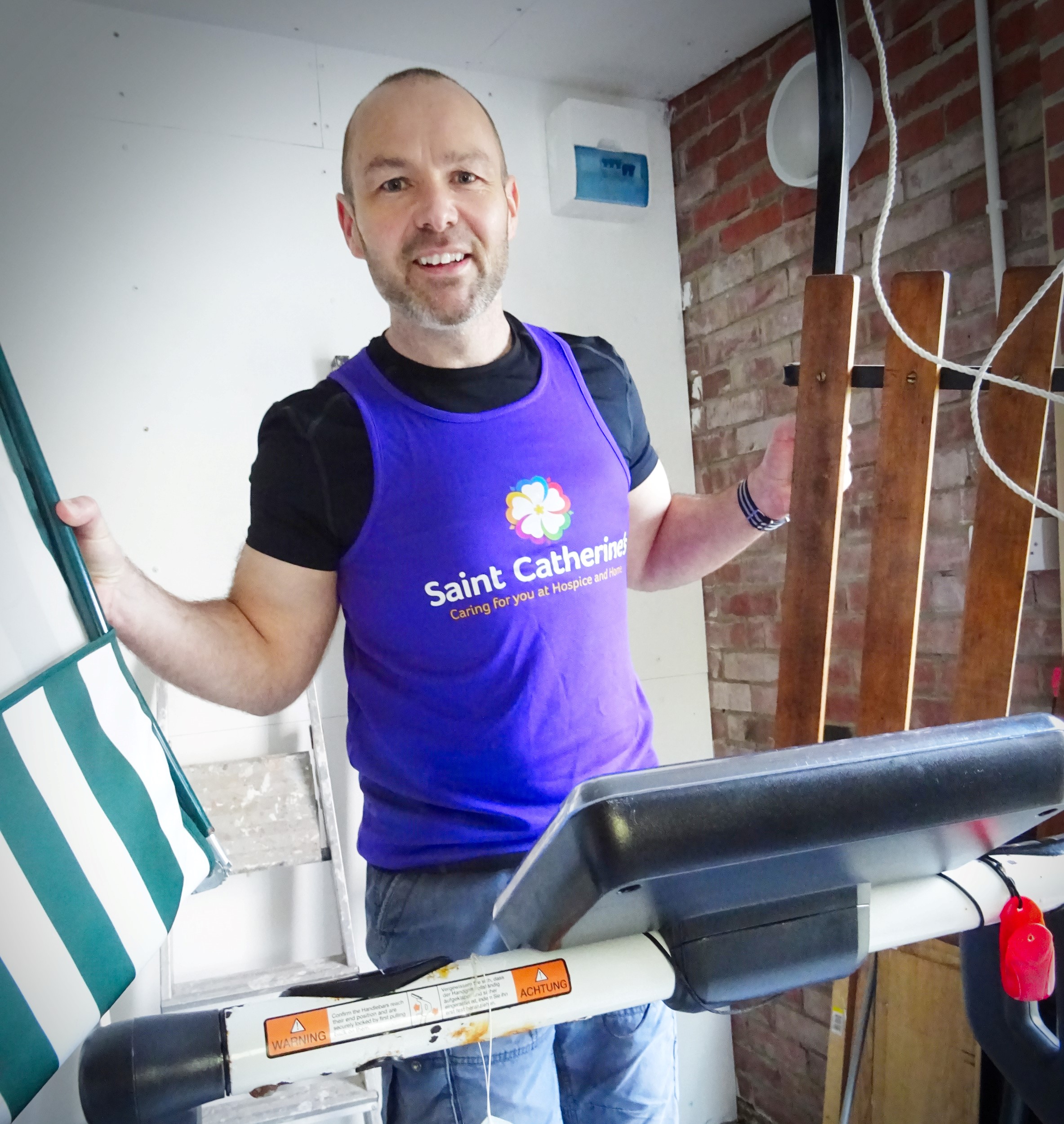 Ben to run half marathon in his garage!

A keen Scarborough runner is set to run a half marathon in his garage to support patient care at Saint Catherine’s.

Ben Nolan, 46, of Scalby Road, said he wanted to help after hearing about how fundraising events had been cancelled and charity shops closed due to the coronavirus pandemic.

He added: “I hoped by doing this it would generate a bit of interest and hopefully spur others on to think about what they could do to help.”

Ben and his family are no strangers to supporting Saint Catherine’s. Last year, Ben’s daughter Loretta and her friend Lani set up a jewellery stall at school to raise funds as Loretta’s grandma, Sheila, was cared for by the hospice, as was Lani’s grandma Margaret.

Ben is now keen to show others that fundraising can continue during the lockdown – which means that on April 18 he will be running 13.1 miles on a rickety treadmill staring at his garage walls.

He said: “Unlike previous running events that have enabled me to take in the views of countryside, forest, moorland, city streets and national monuments, this running event in my garage will outshine them all as I will be taking in the spectacular views of a brick wall, old bikes, garden chairs, a 1970s vintage sledge, a kitchen sink awaiting fitting (still boxed), a dartboard and a few framed Star Wars posters.”

Ben says his budget treadmill is ‘a bit rubbish’ and like ‘running on a doormat’, adding: “I won’t be running for time and speed. It will be a run that focuses on trying not to go over the side and landing on the floor. Fingers crossed.”

He is asking that people donate whatever they can towards his £350 target, but understands that this is a worrying time financially for many.

If you would like to support patient care by sponsoring Ben’s garage run, go to www.justgiving.com/fundraising/bensgaragerun