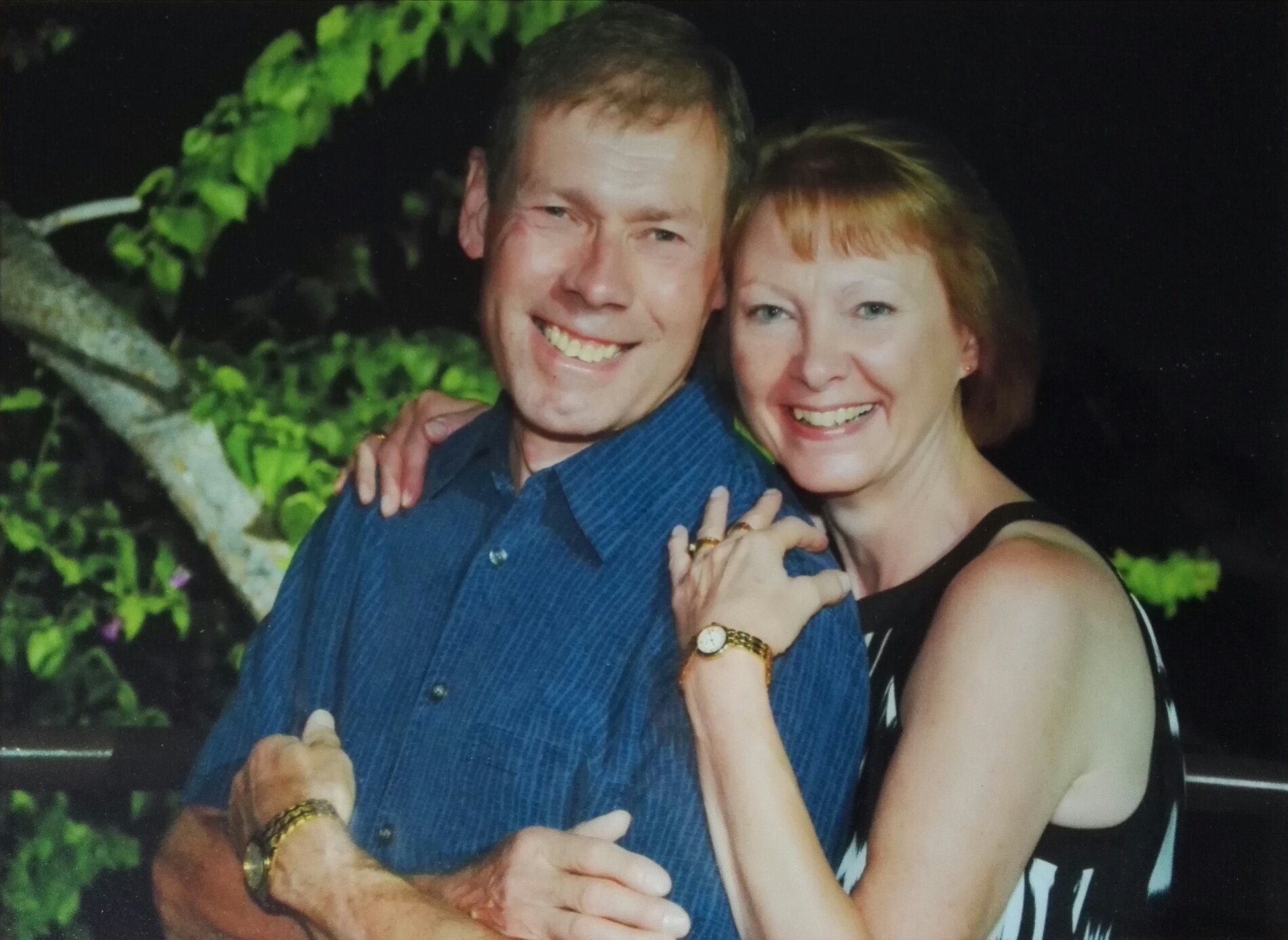 My wife Annette was diagnosed with incurable cancer in August 2016, a few months after our 40th wedding anniversary.

The cancer was very advanced and the outlook was poor, but Annette vowed to fight the cancer and embarked upon an indefinite course of chemotherapy and immunotherapy. Over two years whenever we needed support the hospice was there for us, offering and providing care, advice and support for both of us.

Annette’s health improved quite markedly in late 2017, and continued to do so in 2018. We began to look forward to our son James and Elizabeth’s wedding due to take place in late July. It was something positive for Annette to focus upon. However, in early June 2018 Annette began to feel unwell again. Scans and X-rays showed that the treatment was no longer as effective as it was – the cancer was active again.

With only two and a half weeks to go to our son’s wedding we were told there was nothing more that could be done and Annette was not expected to survive for more than a few days. It was a shattering and cruel blow, so unexpected after the optimism of the previous few months, almost unbearable, so close to the wedding. We were distraught.

Four days after being given the news Annette asked to go to the hospice, and this was arranged in less than 24 hours. Before leaving the hospital the Macmillan nurses discussed with us the possibility of conducting a special marriage blessing for James and Elizabeth with Annette and closest family members present. After a lot of thought we felt it might give Annette and all of us some comfort. Annette was adamant that the wedding must go ahead as planned, but said she wanted the marriage blessing to take place too.

The hospice did a fantastic job. The blessing was arranged in less than 24 hours of arriving there. Janice, the hospice chaplain, agreed the order of service with James and Lizzy first thing in the morning. A service sheet was printed, flowers ordered, a buffet organised and a very kind member of staff donated a bottle of bubbly. Our daughter Rebecca was there and our granddaughter Megan, bridesmaid to be, was given the day off school to attend in her bridesmaids dress. The staff styled Annette’s hair and helped her dress for the occasion. She looked beautiful. The ceremony went ahead shortly after midday, in Annette’s room, photographed and videoed by the hospice staff at our request. Janice and the staff were all so kind. It was a lovely occasion, a very special moment with all of us together and a memory for us all to treasure.

The following day Annette passed away in my arms, with our son and daughter by her side, just before ten o’clock in the morning. It was as if, having witnessed the marriage blessing of her son and daughter in law, she could now go in peace. She had showed more courage over the previous two years, and especially the last two weeks, than I could ever imagine. I loved her beyond words.

With the help of our two children Annette’s funeral was organised and took place within a week, only three days before the wedding. The funeral was an emotional but beautiful occasion, a celebration of Annette and our life together, with our friends and family present, a fitting tribute to Annette. The opening piece of music was “Endless Love” by Lionel Ritchie and the closing music was “The Show Must Go On” by Queen, one of Annette’s favourites.

Three days later, the wedding went ahead. The sun came out right on cue and shone down on us all. It was as if Annette was there too. A day of very mixed emotions of course, but mostly very, very happy ones, as Annette said she wished it to be.

James and Elizabeth asked me to make a speech. I did so and paid tribute to them both for their support and bravery in going ahead with the wedding, to our daughter Rebecca, our granddaughter Megan and Annette’s brother Stuart and close family for their courage and support too. I recalled the marriage blessing at the hospice, and of course I paid tribute to Annette, a very special guest who was most certainly there with us in spirit. A truly joyous day.